Where we took
an existing idea,
And made it better 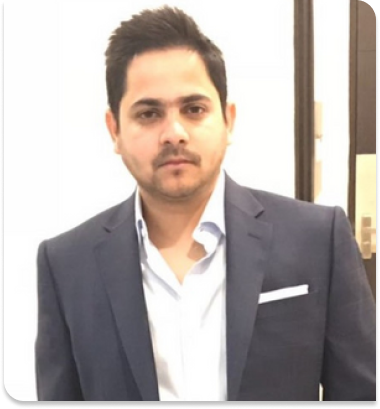 My name is Ajit. It means invincible. But of course, names are just that; names. Ideas on the other hand, the right ones are truly invincible.

I have been involved with more than my fair share of success stories in the last decade, mostly in the space of outsourcing and staffing. Today, I am a member of the Forbes business council, an investor in half a dozen companies. The first chapter in my book of Success was when I founded Apetan Consulting LLC, before I had even turned 30. What started off as just another simple Idea, has now transformed into this massive behemoth of a company that has earned its proud place in Inc. 5000 and SBA 100. Looking at it now, I feel like a proud parent.

Speaking of Ideas, well, that’s what Remote Resource was initially, just another idea that I played around with on long flights or on the rare occasion that I found myself relaxing during my crazy schedule. I have travelled extensively all over the world and have been fortunate enough to interact with CEO’s of both, very large and very small companies. What I found was that often, great ideas and promising businesses never take off and find the success that they should.
The reason? Well, there isn’t exactly a singular specific one, but a combination of several different limiting factors. But what jarred me most was that most of these businesses are stunted by an inherently flawed system in how we seek to outwit unequal competition.

Look, the system can seem unfair. Unfair, because while there is equality on paper, there is hardly equal opportunity.

The result – larger corporations consistently price out or buy out smaller, but often more promising ideas. Yes, ideas! Because behind every business is an idea, someone’s dream, your dream. When an entrepreneur is forced to settle for less or give up and sell out to a larger corporation, it’s not just a financial transaction, in most cases, it’s also an end of the promise that once was. I firmly believe that loss of ideas due to unequal opportunities make our society poorer.

So, what to do? The system won’t change; it might be flawed, as all things are, but it’s necessary. The same system also allows you take the path to success. I know, I have been there, done it. And I did so by playing the system. Afterall for every roadblock, there is always a way around.

And Remote Resource, is your way around.

What is Remote Resource

An overwhelming majority of SMB’s suffer from a lack of access to premium talent and end up spending too much to acquire and retain the right resources. Promising but little-known brands have nothing to offer a top talent except money, but then again, money is the issue here! So, it becomes a never-ending cycle of mediocrity, followed by overspending.
Having worked extensively with top Indian talent and having had the opportunity to dive deep into the Indian talent scene for over a decade, one thing I always knew was, frankly, the ridiculous amount of talent that has been simply slogging away in nameless, thankless jobs in the back offices of Fortune 500 companies, every one of which have one or multiple offices in India. Each and every one of these talented and highly skilled individuals are waiting for a challenge, a challenge only you can provide. All that was required, was that connection to be made, that opportunity to be created.

While most remote staffing companies have been there since before tech giants like Google and Facebook took off, none of these companies have been able to really crack the model. The reason is the insane rat race over costs, which almost always came at the cost of quality, leading to disappointed clients. Remote Resource was created by veterans of the industry who have seen it all, and who realized where the true problem lay. The difference in cost between India, where most remote staffing firms are and the developed world, which require remote staff, is so huge that companies globally can easily afford the very best Indian talent and still save a massive amount.

While there are dime a dozen “remote staffing service providers”, none of them has thus far have focused on connecting the top 10% of Indian talent with businesses who can provide them that platform. So, we decided to step in.
At Remote Resource, our goal is to connect businesses all around the world with the best talent in India, ensuring businesses around the world do not have to compromise on quality while looking to cut down on employee costs.
To that end, we only recruit pre-vetted Fortune 500 and top Indian organizations’ ex-employees, along with graduates of only the top 20 Indian universities and institutes in respective domains, the same that send thousands of Indian talents to Silicon Valley firms every year.

And that is the Story of Remote Resource!